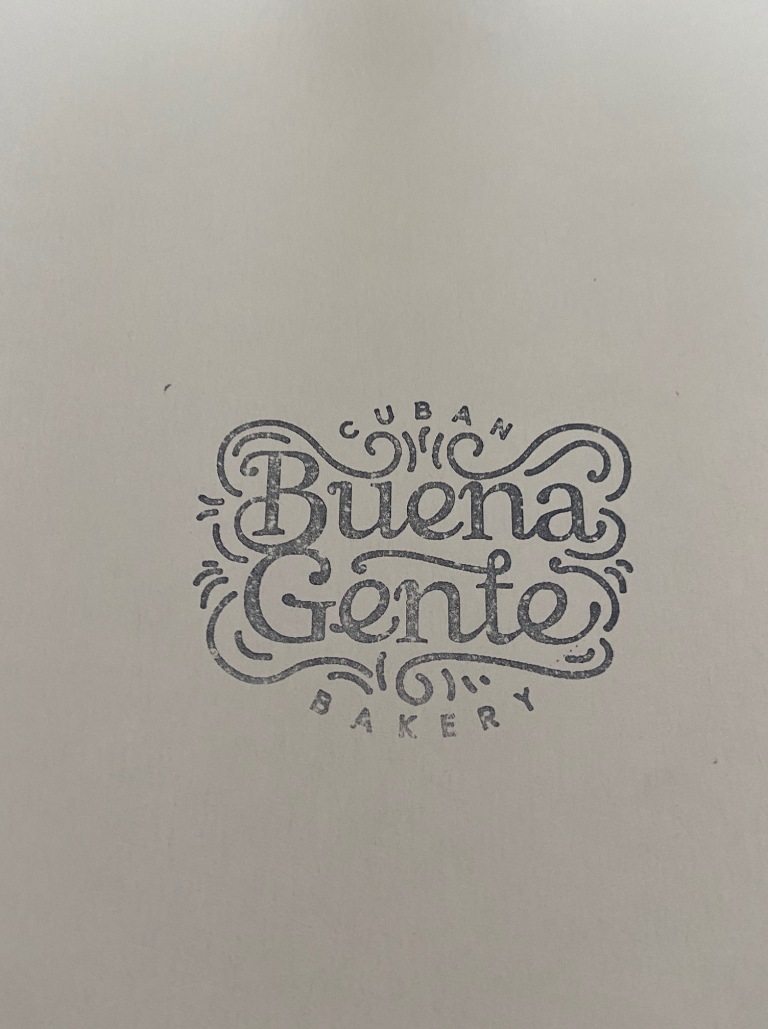 It took me a few seconds to realize that my Anglo friend was referring to the picture of a croqueta.

Clearly, there’s a serious deficiency of ventanitas in Atlanta (and in L.A. for that matter) that pop out croquetas paired with cortaditos. That’s right, restaurants here do not have walk-up windows, which means there’s no such thing as having to elbow through a wall of viejos arguing about politics. That is a cultural experience exclusive to Miami…until now.

After much success with an adorable pink camper/food truck, Buena Gente is set to open their first brick and mortar Cuban bakery and sandwich shop in Decatur. While the pandemic has delayed their opening, you can already see their sign up over the location on Clairmont Road, in the same complex as the Po’Boy Shop and Ms. Icey’s Kitchen and Bar.

Last weekend I was feeling particularly nostalgic for Miami, so I reached out to them on a whim. They were kind enough to take my customized order of two boxes of twelve pastelitos — one for me and another for my “corn dog” friend. I thought it would be a good first step. A primer, if you will, before the lesson on croquetas.

The Power of Pastelitos

Extending the white box filled with goodies, through my mask I briefed them on the different shapes they were about to encounter:

“Circles are beef. Triangles are guava and cheese. The ones that look like cannoli are just cheese. And the squares are guava, but you’ll know that one because you can see it from the sides.”

I made them repeat it back to me like they were going to be quizzed on it for their Cuban citizenship exam. But just by merely having the box in their car they were already culturized, because we spent 45 minutes saying our good-byes. Muy cubichi.

Triangles Are My Favorite

The pastelitos are just the half of it. Once Buena Gente opens, the menu will include additional Cuban specialties like croquetas and empanadas as well as an expanded menu of Cuban sandwiches. Buena Gente will also serve Cuban-style coffee drinks and sodas. Hello, Jupiña!