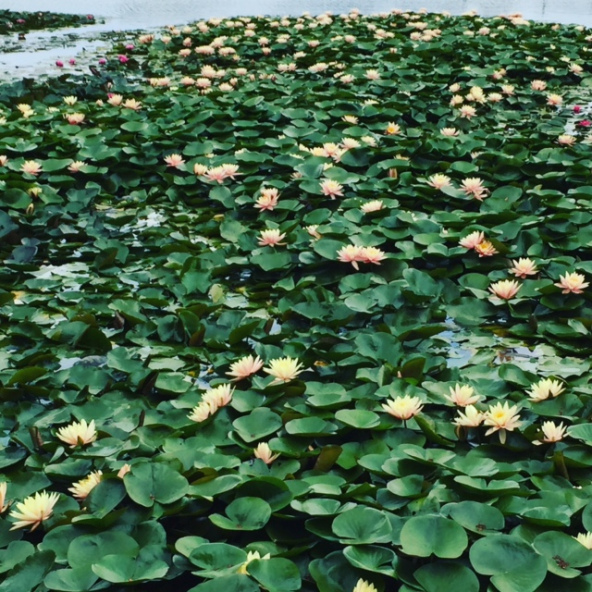 Among the very many things to do in Los Angeles is to drive down Carroll Avenue in the neighborhood of Echo Park.

There you will see the house featured in Michael Jackson’s Thriller video, as well as the Halliwell sisters’ manor from Charmed. You can also pretend to be Vin Diesel at Bob’s Market (Toretto’s in The Fast & The Furious movie), which is not too far from Carroll Avenue. But, as a good Cuban, you can’t go to Echo Park without going to the Lake.

In the middle of the city’s bustle, is an oval-shaped park with a huge lake in the middle, where on any given day you’ll find families paddle boating, vendors selling granizados and a bunch of viejos playing cards. And in this curiously peaceful setting, there’s a monument of José Martí.

Turns out that the first wave of west coast exiles landed in this neighborhood, which in its hey-day was equivalent to Miami’s Little Havana and New Jersey’s Union City. In the mid- to late-sixties, Cuban-owned businesses began to open along Sunset, like El Carmelo bakery, Mena Toys, the newspaper 20 de mayo, and the jewelry store Alamar. In recognition of el exilio, the city designated an area of the park as José Martí Square and commissioned the prominent Cuban sculptor Sergio López-Mesa to create the bust that would serve as the park’s anchor in the late 1970s.

The majority of those businesses have since relocated. And of the nearly 120,000 Cuban-Americans that call Southern California home, a very small number of them still live in Echo Park.

Meanwhile, at the Lake, el exilio lives on, like Martí’s white roses.

Use your legs: At Echo Park Lake go for a stroll or rent a paddle boat. And por el amor de Dios, walk down the 1300 block of Carroll Ave., instead of being that jerk taking pictures from your car and blocking the traffic behind you.