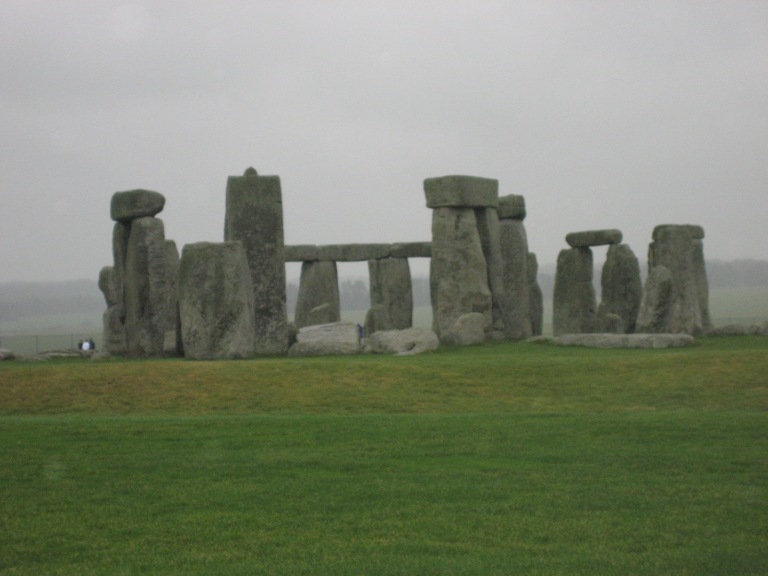 His English accent thick with disdain for the way my Miami accent shortcuts words with too many consonants. To his refined ear, it sounded like I said ‘stonehetch,’ but I assure you, I know there’s a letter ‘n’ in there somewhere.

The reason I even brought up Stonehenge was to make small talk before a meeting. I thought he would be somewhat interested in my upcoming trip to London, but clearly my attempt flopped.

We just were unable to understand each other, verbally or otherwise. Him with his tea-drinking and Aston Martin-driving and me with my cafesito at 3 o’clock and how it would rile up the office. Thinking back, maybe this was the reason this British CFO put me on the company’s redundancy list.

When I finally made it to his homeland, it became apparent, quite quickly too, that our communication difficulties were not unique. I was unable to be understood by a single British person. Not one. There was the taxi driver who could not make out that I was asking to go to the Dalí Museum (He thought I was asking to go to a dolly museum.) There was a waiter who did not serve a single item I ordered. And there was the guide who asked me if my accent was Romanian.

It went both ways too. There was the airport announcement that said leaving your luggage unattended could lead to death, which I thought was harsh…until I realized that they were saying theft, not death.

The entire time I was in England I questioned if I knew how to speak English. I deduced that it was the weather and that the cold and the rain had somehow altered my speech. So, I resigned myself not to speak. I relied solely on pointing and whispering what I wanted to say to my girlfriend who, unlike me, had no trouble being understood.

The day we were to set out to Stonehenge finally arrived, and I welcomed the bus ride, as it didn’t require any communication. All was perfectly fine until I took one look at those stones.

Was there anything in this country that I could understand?

If you go to Stonehenge:

While you get to walk around this 5,000-year-old UNESCO World Heritage Site, the actual stones are roped off. Years ago they used to let visitors touch the rocks until people started carving and painting their names into them. Can you imagine the hubris?

There are some special access tours that grant you permission to go into the circle (you still can’t touch the stones, though). These tours only take place at dawn and sundown, when the visitors center is closed and regular guests are gone and, as you can imagine, the size of the group is very limited, so plan ahead.

We paired our Stonehenge tour with a visit to Bath and Windsor Castle, which was the perfect way to spend a day outside of London.