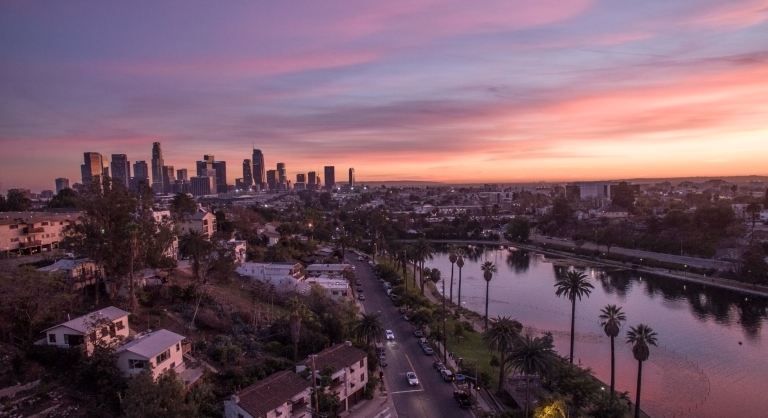 I speak English and Spanish separately and together, as well as broken Italian, elementary French and can utter two phrases in German. Yet none of these linguistic tools are absolutely any use to me in Southern California. Every sign across every highway, and every street in every city is pronounced exactly opposite of how it naturally comes out of my mouth.

The list is never-ending. San Pedro is pronounced San-PEE-droh, not San-PAY-dro. Redondo Beach is pronounced as if I’m deliberately making fun of an anglo attempting to speak Spanish. The two a’s in Topanga Canyon are not the same and there’s an accent on the ‘h’ in Cahuenga. Wilshire is WILL-sure and Pico is PICK-ouuuuuuh.

I’ve also learned the word SANTA, as in Santa Monica, appears to have three syllables, like the letters S and A have an imaginary ‘HA’ after them: SA-HAN-ta MO-ni-ca. This is exactly the opposite of RUNYON, as in Runyon Canyon, which gets pronounced in one quick grunt, RU-yn or RUR-n.

Here are a few more, practice at home with me: