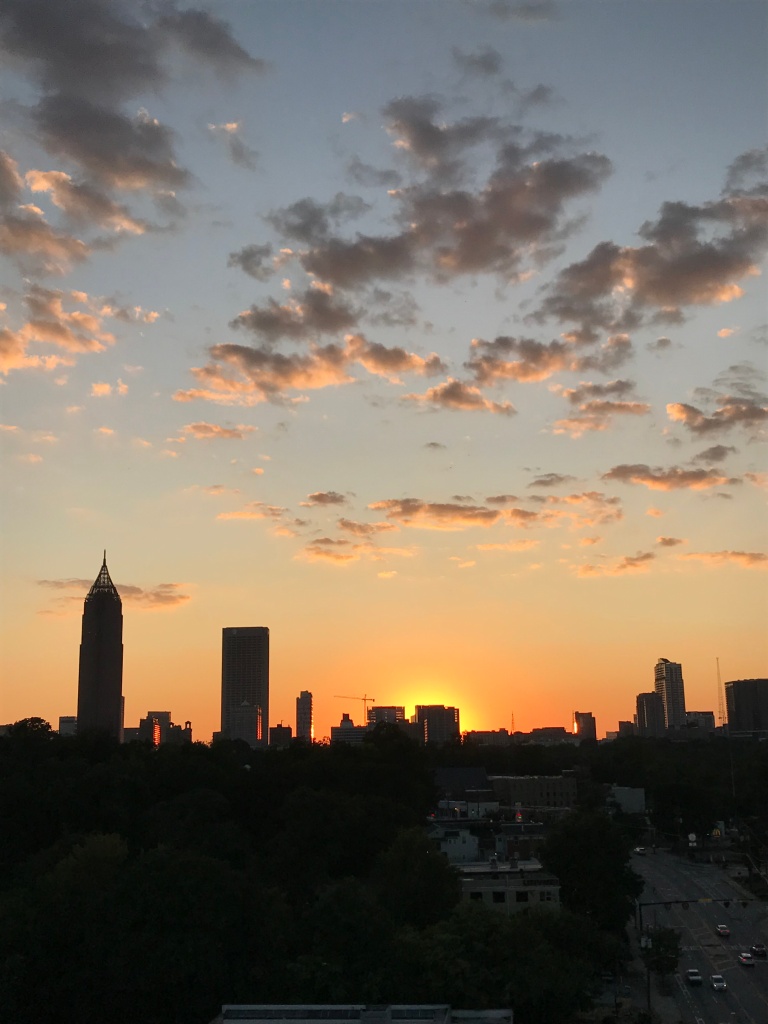 “We want people to learn from the city of Atlanta, learn that we are one people, we are one family. We all live in the same house: the American house, the world house. It doesn’t matter whether we are black or white, Latino, Asian American or Native American. We will not give up on each other. We will not become bitter and divided.”

Those were the wise words of U.S. Rep. and civil rights activist John Lewis on the day Freedom Parkway was renamed in his honor. The ceremony took place minutes from my new apartment at a time when I was barely unpacked from my cross-country move and was still using Google Maps to find the nearest Publix. Yet, I never felt more welcomed.

There were certain things to get used to, for certain. Understanding the implications of being ITP (in the perimeter) versus OTP (outside the perimeter). The difference between Bankhead and Buckhead. The inordinate amount of space drivers leave between cars — it’s the extreme opposite of tailgating (tailspacing?). With little exception, couples at restaurants sit next to each other to eat, instead of across from each other. Coca-Cola money is everywhere, and so is Tyler Perry. And, most importantly, wherever you turn you will be enveloped in history.

An Education in Civil Rights

This is where Dr. Martin Luther King Jr. was born and where he rests. Where the Southern Christian Leadership Conference (SCLC) calls home, as does the HBCUs of Morehouse, Spelman and Clark. So, whether you’re visiting or calling Atlanta home, here’s a quick guide on how to refresh and expand your knowledge of U.S. History and the civil rights movement:

By the fall of 2018, I was a full-fledged ATLien and armed with a Georgia voter registration to cast a historic vote for the first African-American woman governor. And then I witnessed how an election system was so easily manipulated and reverted right before our collective eyes.

As viscous as a well-placed “bless your heart,” gubernatorial candidate Brian Kemp refused to resign as secretary of state. While refereeing his own contest, Kemp was responsible for holding up more than 53,000 voter registration applications, with more than 75% belonging to minorities.

Another chapter for our city’s museums and libraries, I thought. And then I remembered Representative Lewis’ words: don’t become bitter and divided.

There is still more work to be done and it’s on us to roll up our sleeves. Because that’s the legacy of Atlanta.